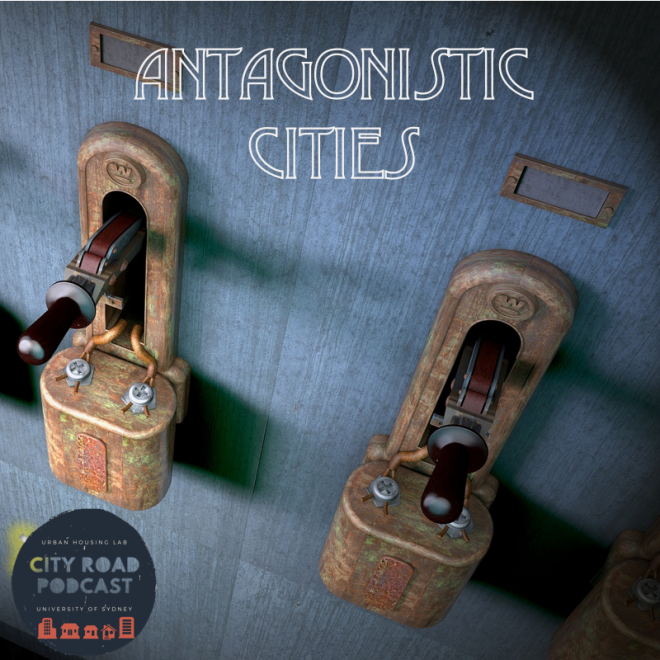 What are the possibilities for community action that hold powerful urban actors to account? Strategic antagonism and the spaces that community alliances are opening up themselves to engage with urban development might hold the answer.

It is not only urban planners and the formal planning system that shape the way residents contribute to the planning of their city. In Sydney, local resident action groups and other urban alliances are working beyond the market-centred urban planning system to achieve their urban development goals. Under market-centred urban planning paradigms, urban development is increasingly valued as an economic process and as a driver of the economy, rather than a social process that might create a more equitable city.

We talk to Cameron McAuliffe about the work of the Belgian political theorist Chantal Mouffe, and the way her ideas are being applied to urban planning in Australia. Talking about research conducted with the host of City Road, Dallas Rogers, Cameron says resident action groups are dissatisfied with contemporary urban planning engagement mechanisms in Sydney. Many groups viewed community participation as tokenistic and an end in itself. This was particularly the case in local government planning where community engagement mechanisms were routinely seen as tick-a-box processes, with contributions from the community simply passing ‘into a void’. Community activists spoke of their frustration with these participatory planning mechanisms and recognised their market-centred nature even if they did not use this term. Yet many continued to participate in order to remain in the politics of urban development. They recognised the limitations of formal participatory planning processes and this led many groups to take their political campaigns outside of the formal urban planning system, in what Cameron describes as a form of strategic antagonism.

Following Mouffe, Cameron argues that participatory planning needs to move beyond consensus-seeking models of planning consultation. He uses Mouffe’s critique of Habermasian communicative theory and consensus politics, and her theory of agonistic pluralism,  to outline three ways in which the people of Sydney are working beyond the market-centered urban planning system.

Cameron McAuliffe is a Senior Lecturer in Human Geography and Urban Studies in the School of Social Sciences and Psychology and part of the Geography and Urban Studies academic group. Cameron is an urban, social and cultural geography and a member of the Urban Research Program, where his research engages with the regulation of difference and the way cities govern ‘marginal’ bodies. His research includes projects on urban governance and resident action groups; the negotiation of national and religious identities among Iranian migrant communities; policy research on graffiti management; and the geographies of kerbside waste.