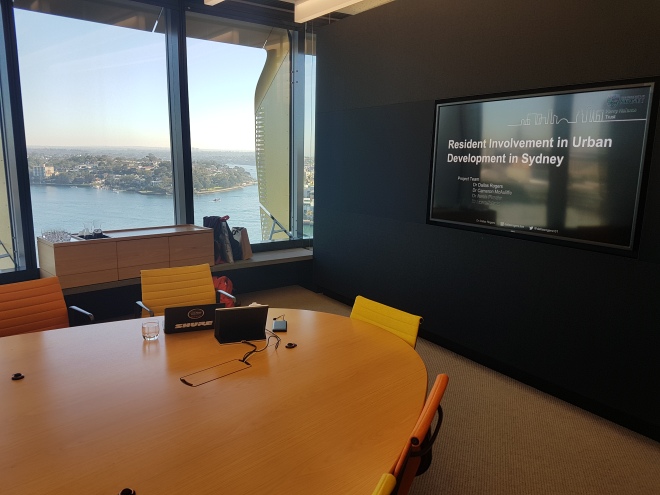 I got out of the office this week to talk to built environment professionals about resident involvement in large-scale infrastructure provision and participatory planning.

The view from this lectern was better than usual! I discussed our Henry Halloran Trust research on the politics of resident involvement in urban development.

I was also a panellist for Politics in the Pub at the St James Hotel. On the agenda was urban planning, high speed rail, housing and citizen participation.